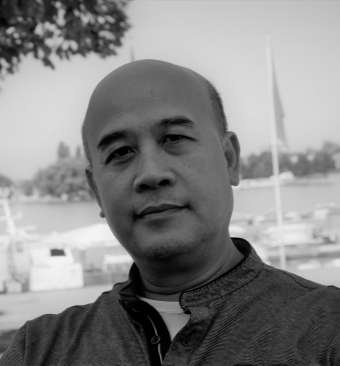 After travelling around the world working in international architects' offices, designing buildings and new urban master planning, Loi now lives with his wife and two children in the picturesque city of Lucerne. Here he follows his childhood dream of painting.